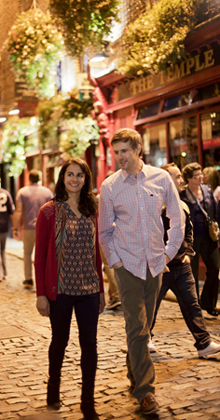 DUBLIN - A CITY OF LITERATURE


The literary output of writers from Dublin is extraordinary, spawning novelists, poets, songwriters, playwrights, journalists and scholars.  It is one reason why Dublin became the fourth city recognized as a City of Literature by the United Nations Educational, Scientific and Cultural Organization (UNESCO), one of 39 UNESCO Cities of Literature in the world today.

With four Nobel prize winners (Yeats-1923, Shaw-1925, Beckett-1969 and Heaney-1995), and universities of global distinction such as Trinity and University College Dublin, vibrant book festivals, renowned libraries and publishing houses, and the internationally prestigious Dublin Literary Award, it is clear that Dublin warrants this great distinction. 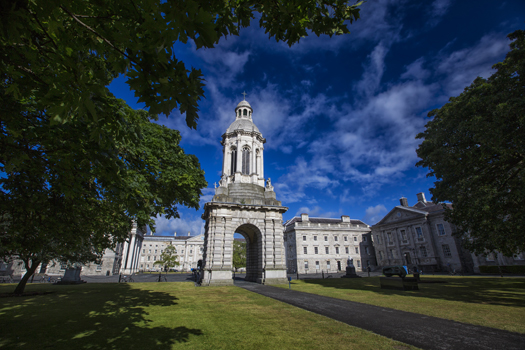 Here is a sampling of how to be a literary tourist in one of the world’s great literary cities.

DUBLIN WRITERS MUSEUM
In 1991, the Dublin Writers Museum was opened to house a history and celebration of literary Dublin. Situated in a magnificent 18th century mansion in the north city center, the collection features 300 years of Dublin’s literary celebrities. The museum holds exhibitions, lunchtime theatre and readings, with a special room devoted to children’s literature. Museum of Literature Ireland Newly opened in September 2019, the Museum of Literature Ireland (MoLI) features immersive exhibitions on Ireland’s most influential writers and poets alongside unique literary artifacts, including the first ever copy of James Joyce’s Ulysses.

JAMES JOYCE CENTRE
Housed in one of Dublin’s most beautiful Georgian streets, the James Joyce Centre offers changing exhibitions, walking tours and lectures, as well as a permanent exhibition on the life and work of James Joyce, considered one of the greatest novelists of the 20th century. 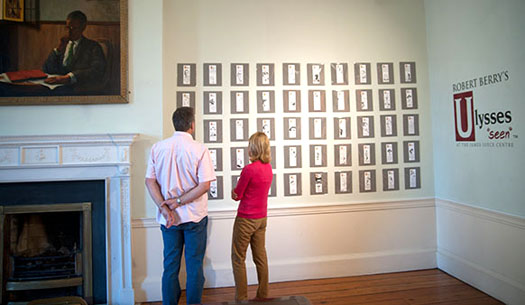 NATIONAL PRINT MUSEUM
Founded by members of the print industry in 1996 and housed in a former soldiers chapel, the National Print Museum celebrates Dublin’s illustrious tradition of newspapers, books and magazines. The collection is made up largely of letterpress printing equipment.

DUBLIN LITERARY PUB CRAWL
Ranked number 4 in The World’s 50 Best Walks by the Sunday Times, the Dublin Literary tour goes from pub to pub with professional actors performing the works of Dublin writers such as Joyce, Beckett, Wilde, Behan and more. 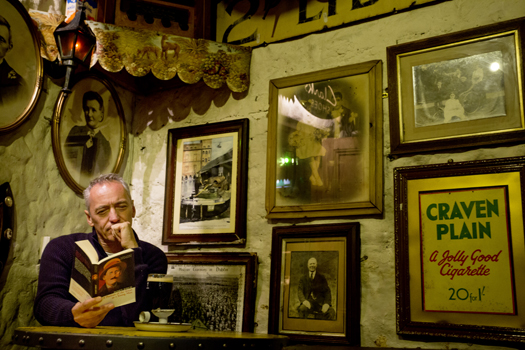 TRINITY COLLEGE LONG ROOM LIBRARY
Considered one of the world’s most beautiful libraries, Trinity’s Long Room Library houses 250,000 of Trinity College’s oldest books. Also on the premises is the world-famous Book of Kells, a 9th century manuscript that documents the four Gospels of the life of Jesus Christ. 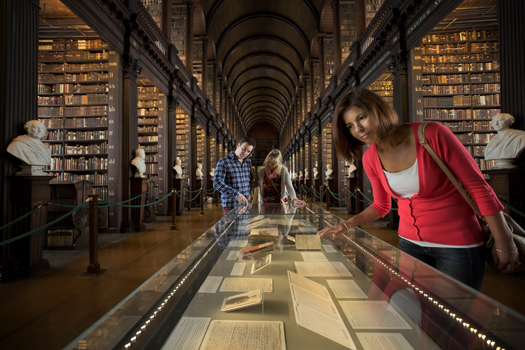 MARSH LIBRARY
Unchanged for three centuries, the Marsh Library is a perfectly preserved library of the early Enlightenment, with original oak bookcases and 25,000+ rare and fascinating books. The library is open to the public and children are particularly welcome. Scholars may consult the library holdings by arrangement.

CHESTER BEATTY LIBRARY
Described by Lonely Planet as ‘not just the best museum in Ireland but one of the best in Europe’, the Chester Beatty Library includes 6,000+ items from East Asia and the west, including the earliest known copies of the four gospels. 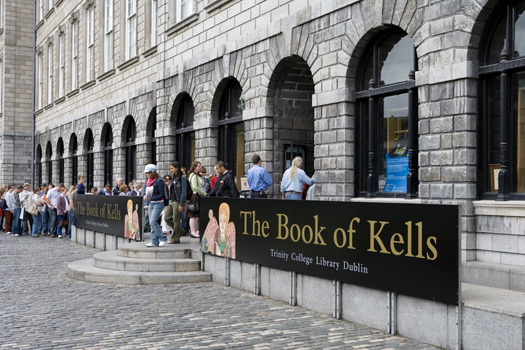 Entrance to The Book of Kells